As a response to designing a memorial to the Colonial War soldiers we used memories to reset the public space. 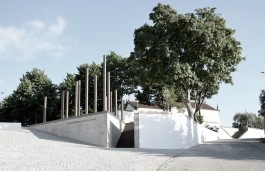 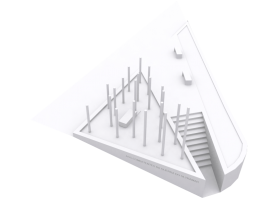 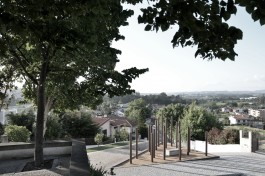 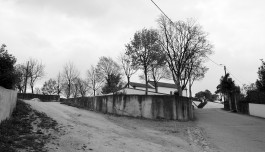 This element is a gate and a connector. It guides the way up in a very narrow, “bunker like” feeling, releasing the pedestrian at the site, on a higher level.

A green stripe embraces the existing trees, keeping the outline limits of the site and reinforcing the circulation axes.

Three countries (Angola, Moçambique and Guiné Bissau) and three branches of the Portuguese army (infantry, navy and air force) suggested a triangular shape, that symbolically embodies these elements into one.

Twenty pillars make an allusion to the green dense forests of Africa as well as standing platoons. One casualty is spatially remembered with an exceptional pillar and a place for contemplation.